The Leysin sprint is nearing its end, as usual here is an attempt at a summary

of what we did. 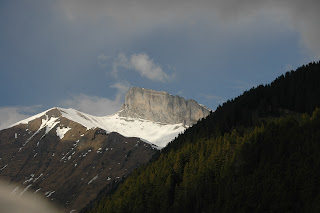 Large parts of the sprint were dedicated to fixing bugs. Since the easy bugs seem to have been fixed long ago, those were mostly very annoying and hard bugs. This work was supported by our buildbots, which we tried to get free of test-failures. This was worked on by nearly all participants of the sprint (Samuele, Armin, Anto, Niko, Anders, Christian, Carl Friedrich). One particularly annoying bug was the differences in the tracing events that PyPy produces (fixed by Anders, Samuele and Christian). Some details about larger tasks are in the sections below.

The work culminated in the beta released on Sunday.

A large number of problems came from our stackless features, which do some advanced things and thus seem to contain advanced bugs. Samuele and Carl Friedrich spent some time fixing tasklet pickling and unpickling. This was achieved by supporting the (un)pickling of builtin code objects. In addition they fixed some bugs in the finalization of tasklets. This needs some care because the __del__ of a tasklet cannot run at arbitrary points in time, but only at safe points. This problem was a bit subtle to get right, and popped up nearly every morning of the sprint in form of a test failure.

Armin and Niko added a way to restrict the stack depth of the RPython-level stack. This can useful when using stackless, because if this is not there it is possible that you fill your whole heap with stack frames in the case of an infinite recursion. Then they went on to make stackless not segfault when threads are used at the same time, or if a callback from C library code is in progress. Instead you get a RuntimeError now, which is not good but better than a segfault. 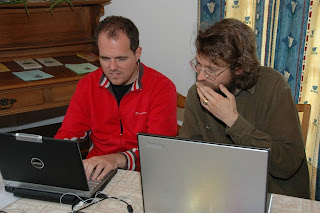 During the sprint we discussed the fate of the LLVM and the JS backends. Both have not really been maintained for some time, and even partially untested (their tests were skipped). Also their usefulness appears to be limited. The JS backend is cool in principle, but has some serious limitations due to the fact that JavaScript is really a dynamic language, while RPython is rather static. This made it hard to use some features of JS from RPython, e.g. RPython does not support closures of any kind.

The LLVM backend had its own set of problems. For a long time it produced the fastest form of PyPy's Python interpreter, by first using the LLVM backend, applying the LLVM optimizations to the result, then using LLVM's C backend to produce C code, then apply GCC to the result :-). However, it is not clear that it is still useful to directly produce LLVM bitcode, since LLVM has rather good C frontends nowadays, with llvm-gcc and clang. It is likely that we will use LLVM in the future in our JIT (but that's another story, based on different code).

Therefore we decided to remove these two backends from SVN, which Samuele and Carl Friedrich did. They are not dead, only resting until somebody who is interested in maintaining them steps up.

One goal of the release is good Windows-support. Anders and Samuele set up a new windows buildbot which revealed a number of failures. Those were attacked by Anders, Samuele and Christian as well as by Amaury (who was not at the sprint, but thankfully did a lot of Windows work in the last months).

Christian with some help by Samuele tried to get translation working again under Mac OS X. This was a large mess, because of different behaviours of some POSIX functionality in Leopard. It is still possible to get the old behaviour back, but whether that was enabled or not depended on a number of factors such as which Python is used. Eventually they managed to successfully navigate that maze and produce something that almost works (there is still a problem remaining about OpenSSL). 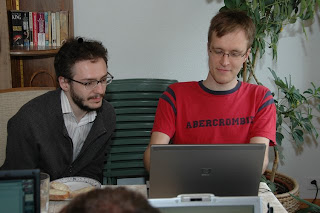 The Friday of the sprint was declared to be a documentation day, where (nearly) no coding was allowed. This resulted in a newly structured and improved getting started document (done by Carl Friedrich, Samuele and some help of Niko) and a new document describing differences to CPython (Armin, Carl Friedrich) as well as various improvements to existing documents (everybody else). Armin undertook the Sisyphean task of listing all talks, paper and related stuff of the PyPy project.

Armin gave a presentation about the current state of the JIT to the sprinters as well as Adrian Kuhn, Toon Verwaest and Camillo Bruni of the University of Bern who came to visit for one day. There was a bit of work on the JIT going on too; Armin and Anto tried to get closer to having a working JIT on top of the CLI.

Guys, are you going to make a new release with the things done during the sprint? Thanks.

hi,
could you please make a new blog-post and tell us about news regarding LLVM and PyPy, please?