We are happy to report a successful and well attended sprint that is wrapping up in Düsseldorf, Germany. In the last week we had eighteen people sprinting at the Heinrich-Heine-Universität Düsseldorf on various topics. 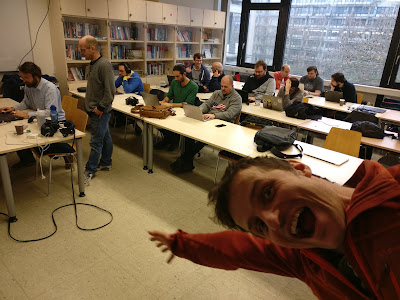 A big chunk of the sprint was dedicated to various discussions, since we did not manage to gather the core developers in one room in quite a while. Discussion topics included: 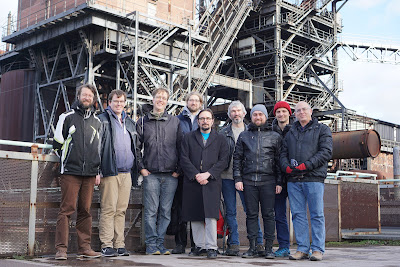 Visiting the Landschaftspark Duisburg Nord on the break day

Some highlights of the coding tasks worked on:

Now we are all quite exhausted, and are looking forward to catching up on sleep.

Congratulations for the sprint, folks! Any plans to leverage the manylinux2010 infrastructure and about producing PyPy compatible wheels soon?

Nice work, looking forward to Python 3.6 and beyond! Is there anywhere to view the Python 3 benchmarks like there is for PyPy2?

Hi Juan! Yes, we are going to work on manylinux2010 support to have PyPy wheels soon.

@Anonymous yes, being able to view PyPy3 benchmarking results is the goal of the new benchmarking server, will still take a bit of work to hook everything up.